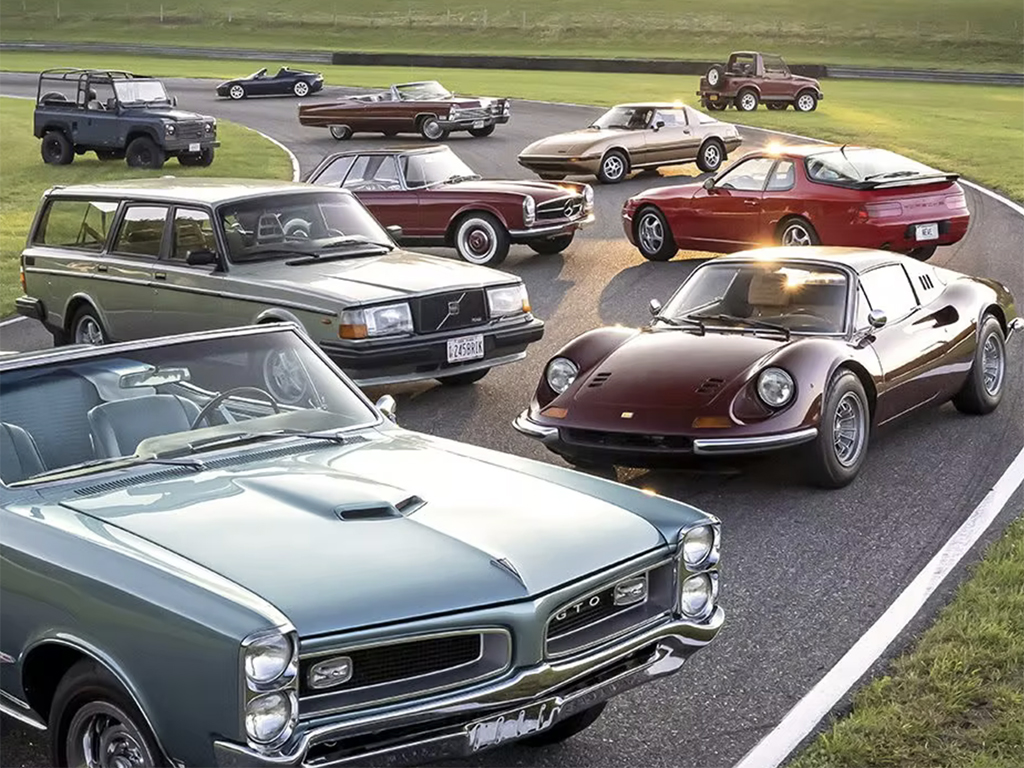 Collector car insurer Hagerty just published its annual Bull Market List, an often eclectic top-ten assemblage of collectible vehicles on the rise in the hearts of enthusiasts as well as in the overall marketplace. The 2022 Hagerty Bull List is no exception, including everything from a 1966 GTO to a 2012 Tesla Roadster.

Three vehicles in particular stood out to the team here at Ragtops & Roadsters, based on our own experience with them and recent interest we’ve received regarding restorations and repairs.

First up is the 1969-74 Dino by Ferrari. This controversial grand tourer, with power from a transverse-mounted, Fiat-built V6 (gasp!) and absent of Cavallino Rampante badges, is finally getting the attention it deserves. Like everything else from Maranello, this once overlooked two-seater has become genuinely pricey, crossing the six-figure threshold for anything you’d want to own.

Our Perkasie shop manager Karl knows just how fun the Dino is to drive. “It’s a great car on the road, and it gets plenty of attention wherever we park it,” he says. “We’re really happy to have it in our collection.”

Next up is the iconic Land Rover Defender. Hagerty cites the 1991 model in their article, which was never officially offered here, but speaks to the popularity of the personal import market.

But Land Rover build hundreds of thousands of them for Rest of the World (ROW) markets between 1983 and 2016, and those are often the more affordable starting point for many enthusiasts, who can also choose from a wider range of body and engine configurations than the limited NAS offerings.

Ragtops & Roadsters has also seen a number of pre-Defender models, known as ‘Series’ Land Rovers. These offer the same basic visual package, but with more agricultural mechanicals including leaf springs and torquey (if not quick) four-cylinder engines. Given their rugged, authentic appeal, we expect to see no shortage of interest in all these Land Rovers.

Finally, we love that the 1963-67 Mercedes-Benz 230 SL made the cut. The W113 ‘Pagoda’ generation, so named for the profile of its hardtop, is the successor to the svelte 190 SL and the 230 designation calls out the larger 2.3-liter four-cylinder engine.

Handsome, graceful and athletic with no sporting pretense, it’s a timeless design that really marked the SL’s transition from its Carrera Panamericana racing routes to darling of the Hollywood set. Pagoda SLs have been popular with Mercedes brand loyalists for a long time, and the classic lines and understated elegance are now starting find new a following.

Ragtops & Roadsters has done a handful of work on previous-generation SLs for clients, and we’re looking forward to the opportunity to dig into a proper resto on a Pagoda.

To read Hagerty’s take on these three classics and to find out what the other seven models are, check out the full list here.